Red berries, red lips, red roses – red has been a prominent color in my art work for the last few years. To me it’s a deliciously dynamic, beautiful, vibrant and powerful color that makes me feel alive and that I seem to use intuitively again and again.

Red is a very emotionally intense color that is highly visible and able to focus your attention quickly. It is the color of fire and blood – our life force. Did you know that standing in a room painted in red increases your metabolism, respiration rate, and blood pressure? No wonder it is associated with passion and willpower, even violence and aggression. The expression “seeing red” is thought to be based on the physical characteristics of anger, including redness of the cheeks. 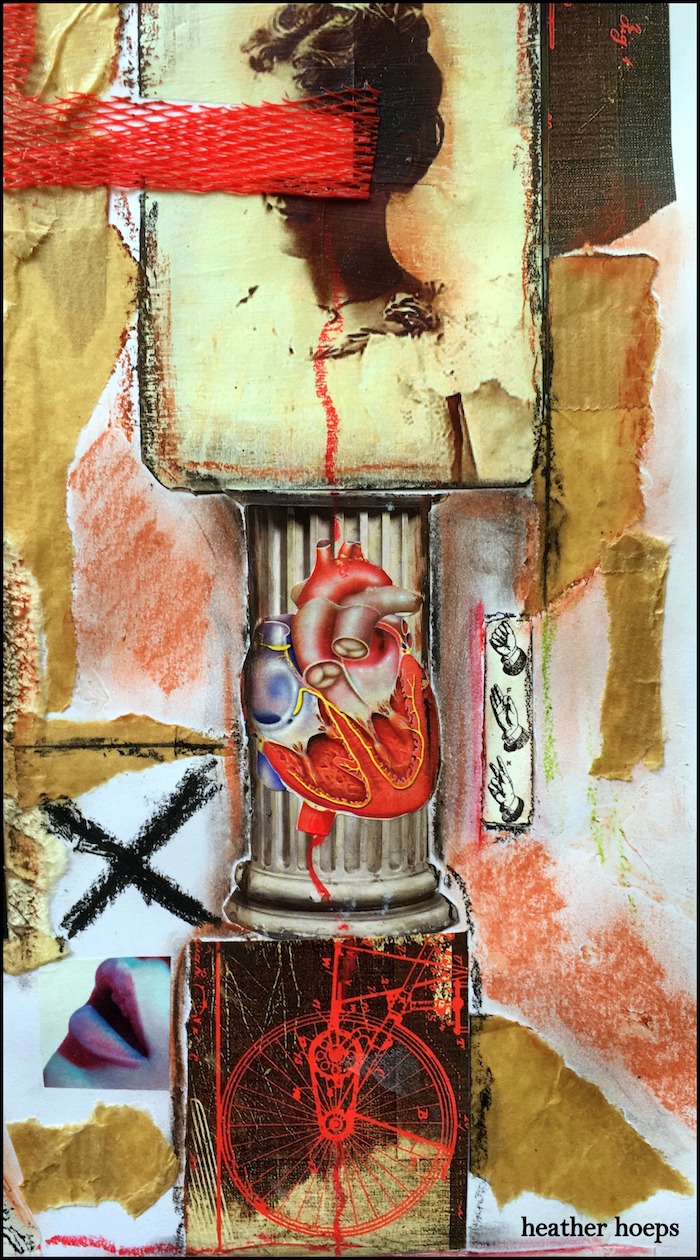 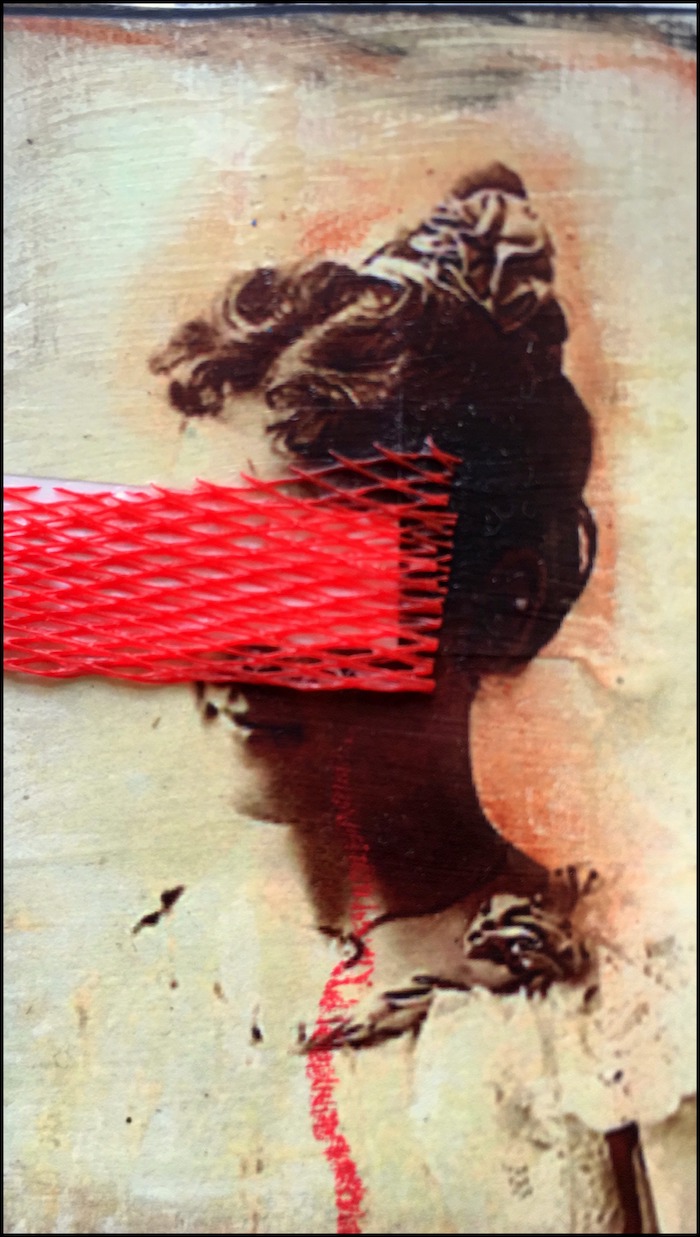 The symbolism varies though, depending on culture and era. Being the first color developed for painting and dying, red became associated in antiquity with war, wealth, and power. In the medieval period, red held both religious significance, as the color of the blood of Christ and the fires of Hell, and secular meaning, as a symbol of love, glory, and beauty. Yet during the Protestant Reformation, red began to decline in status. Viewed as indecent and immoral, red fell out of favor. After the French Revolution, red gained new respect as the color of progressive movements and radical left-wing politics. 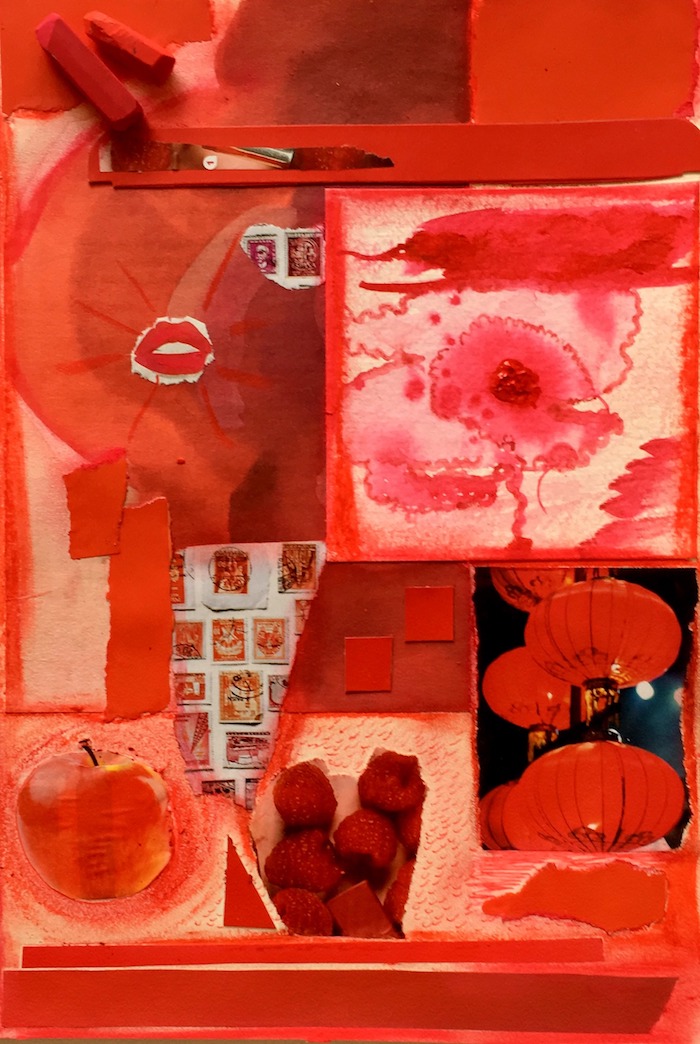 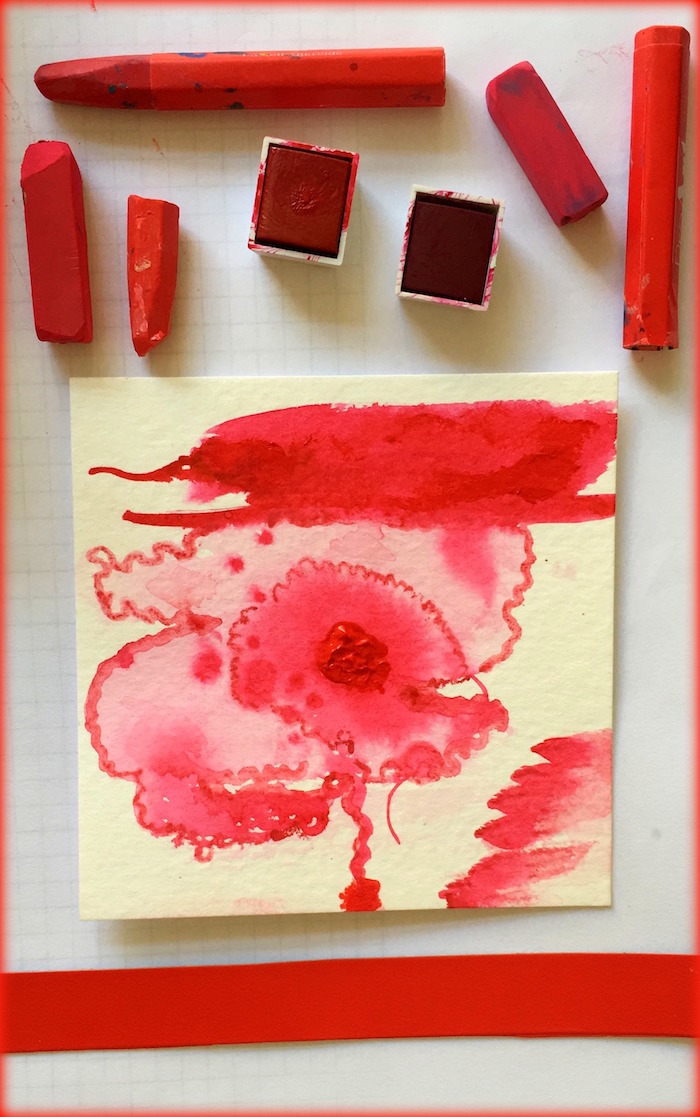 In some cultures, red represents joy and good luck and is a traditional color worn by brides in China and India to frighten away evil spirits. The phrase “paint the town red” is associated with celebration, partying, abandon, fun, and excitement.

What emotion does the color red provoke in you? What is your favorite and/or often used color? Why not explore that color further and make your own color study? Join my Facebook Group and share your art work with us: Intuitive Art for the Soul – Workshops for International Women

Book suggestion: Red: The History of a Color by Michel Pastoureau 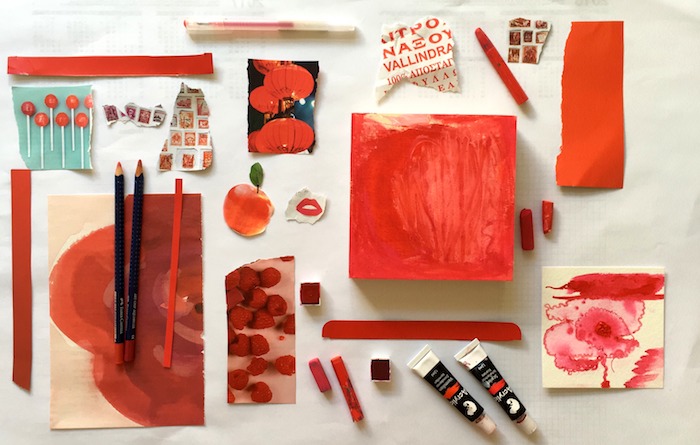 Spread the love!
« Postcards from Greece – Recent musings from my travel journal
Flowing with Abundance – Intuitive Painting with Watercolors »

"Thank you so much Heather, It is such a great experience to participate and share with you. You have a natural gift and talent to create from the heart and to guide others effortlessly to explore their creations. So when you teach it's an extra gift and bonus. Your joy becomes our joy and vice Read more

Heather's workshops are really wonderful for the soul. She creates a professional, but still relaxed and heartwarming atmosphere. She inspires, supports and has such a lovely energy and approach to art that at the end of the workshop you feel peaceful, connected with the other ladies, and have a beautiful piece of art to bring Read more

"Your workshop made me really happy and I would love to come back! I really enjoyed meeting nice people and playing with colors - just letting go and having fun."

"What I gained most from Heather's collage workshop was being able to express myself freely through a tangible medium. She really knows how to share her passion and how to enjoy it. I would recommend her workshops to anyone wanting to explore themselves more in depth."

"I highly recommend workshops with Heather! The Intuitive Collage & Painting workshop gave me a unique opportunity to use my imagination and find a completely new way of self-expression! I was worried, because I am not an artist and everything was completely new to me. But Heather has amazed me with her positive attitude and Read more

“I have known Heather personally and professionally for over 10 years. I believe she is a natural born art workshop facilitator and a leader in our field! While experiencing some personal difficulties last year, I tried an intuitive art directive she created. As a result, I found solace and understanding of my situation. Furthermore, the Read more

I can really recommend Heather’s unique one-on-one Art & Soul sessions that combine oracle card guidance with intuitive art making. If you are interesting in tapping into your creative side as well as diving deeper into personal exploration and healing, this is a perfect chance to do so. Heather offers a safe space and environment for her sessions, I felt welcome and at home immediately. Not only is Heather very experienced in guiding you through art in a creative therapeutic way, but she is also a very talented artist herself. The oracle cards she created are absolutely beautiful, and each of them are so detailed. With her collage method, images she created have a nice surreal touch to them, allowing for further consideration in the symbolic meaning they provide. I came into my session with many questions, and with each card a new insight was provided, offering immediate answers. Talking through each card with Heather, and their meaning, helped a lot to process what needed to be revealed... Read more

I can't really explain in words just how much I love going to Heather Hoeps workshops. As an expat living in Hamburg I find the community that Heather has created through art and running these workshops totally invaluable. I look forward to attending every month and have learnt a lot about myself and others. She makes the Read more

Heather is such a joy to work with! She has a way of making people feel comfortable, welcome and free to be themselves. Her warm and loving personality coupled with her unique skills and techniques are a real treat to experience. Heather worked with me in a one on one soul collage session and I Read more

I did Heather’s Art & Soul session via Zoom and it was amazing! She made me feel comfortable right away and I gained so much insight into myself. I would describe my experience as magical and transformative. Everything we did during the session really resonated with me and Heather was so kind and calming. I Read more

I love your welcoming and encouraging style, Heather! I've only done 2 SoulCollage® workshops with you, but I am already hooked on SoulCollage® and your workshops. Thank you for your giving spirit.

I am so very grateful! This was my second SoulCollage workshop with you, Heather. Thanks so much for sharing your lovely, gentle, nurturing and inspiring way of guiding us through this process. Your meditation and facilitation techniques are extremely delightful and effective. Thanks for helping me continue to grow!

Heather really is committed to helping the intuitive language you have with in you to come forward in your SoulCollage® or Artistic process pieces. Highly recommend doing a class or one-on-one with this beautiful Soul! You will not regret it and will learn the language your Soul is speaking to you with in your images! Read more

No matter what else is going on in your life or in the world around you, you will benefit from the safe space that Heather creates with her classes. It’s a wonderful way to start your day, end your day, or stop what you are doing to re-align. The experience could start out by making Read more

Great SoulCollage workshop via Zoom! The  meditation was very deep and it helped set the mood for truly delving into myself and the space needed to create my SoulCollage® card. After the workshop I created 7 more cards for my deck. Thank you so much Heather, you are an inspiration. Can't wait for the next Read more 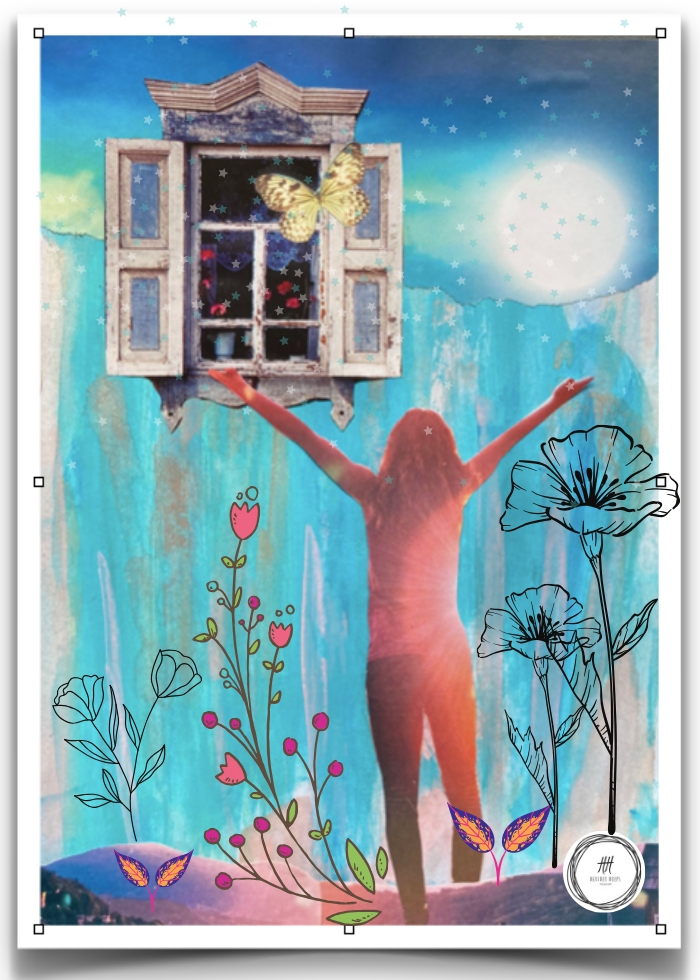 You would love to express yourself creatively and need a free resource for inspiration?